Second Circuit Civil Rights Blog
New Paltz, New York, United States
This blog covers the civil rights opinions of the Second Circuit Court of Appeals. Sponsored by the law firm of Bergstein & Ullrich, New Paltz, N.Y. We can be reached at www.tbulaw.com. This blog should not be construed as offering legal advice. Bergstein & Ullrich is a litigation firm formed in 2001. We concentrate in the areas of civil rights, employment rights and benefits, workplace harassment, police misconduct, First Amendment and appellate practice. We are admitted to practice in the courts of the State of New York, the Southern, Eastern and Northern Districts of New York, the Second and Third Circuit Courts of Appeal and the United States Supreme Court. This blog's author, Stephen Bergstein, has briefed or argued more than 200 appeals in the State and Federal courts.

In 2016, Congress enacted a statute that would allow people to recover artwork and other property lost during the Holocaust era, when Jews fled Germany and the Nazi regime seized their possessions. As the statute seems to mete out justice over events that took place more than 70 years ago, and since it does not eliminate certain equitable defenses, it creates a built-in problem: when is a claim not timely or fair under the statute?

The case is Zuckerman v. Metropolitan Museum of Art, issued on June 26. The plaintiff is the great-grandniece of a German couple who sold off a priceless Picasso painting (The Actor) in order to finance their escape from Germany. The painting is reproduced below. An art dealer loaned the painting to the Museum of Modern Art in 1939, and after it changed hands a few more times, the painting was donated to the Metropolitan Museum of Art in 1952. This lawsuit seeks to have the painting returned to the heirs of the original owner, claiming the 1938 sale of the painting to finance the escape from Germany was made under duress. This case was filed in 2016, six years after the plaintiff demanded that the painting be returned.

The plaintiff loses the case on the laches theory. Laches is similar to a statute of limitations defense, but different. It says you cannot win the case if there was "unreasonable, prejudicial delay in commencing suit," where the plaintiff "has inexcusably slept on his rights so as to make a decree against the defendant unfair."

The Court of Appeals (Katzmann, Livingston and Droney) says the delay in this case was unreasonable. The original owners of the painting did not try to re-acquire the painting after they sold it in 1938. While it may have been reasonable to forego any claim to recover the painting during World War II, "it is simply not plausible that the Leffmans and their heirs would not have been able to seek replevin of the Painting prior to 2010. What is more, the Museum would suffer prejudice should this case proceed, as witnesses are dead, memories have faded and questionable hearsay will not resolve this issue. And there are no first-hand witnesses who can testify about the Museum's affirmative defenses to this case. 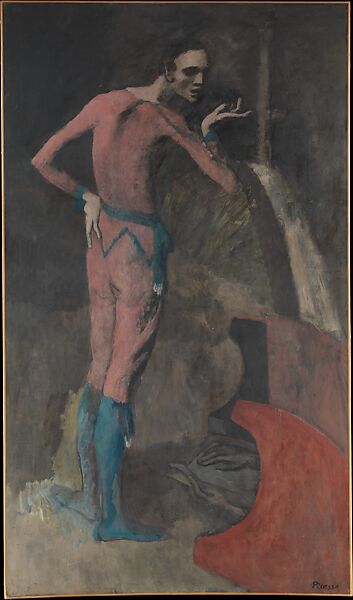 Posted by Second Circuit Civil Rights Blog at 9:12 AM